Habitats and Land Use 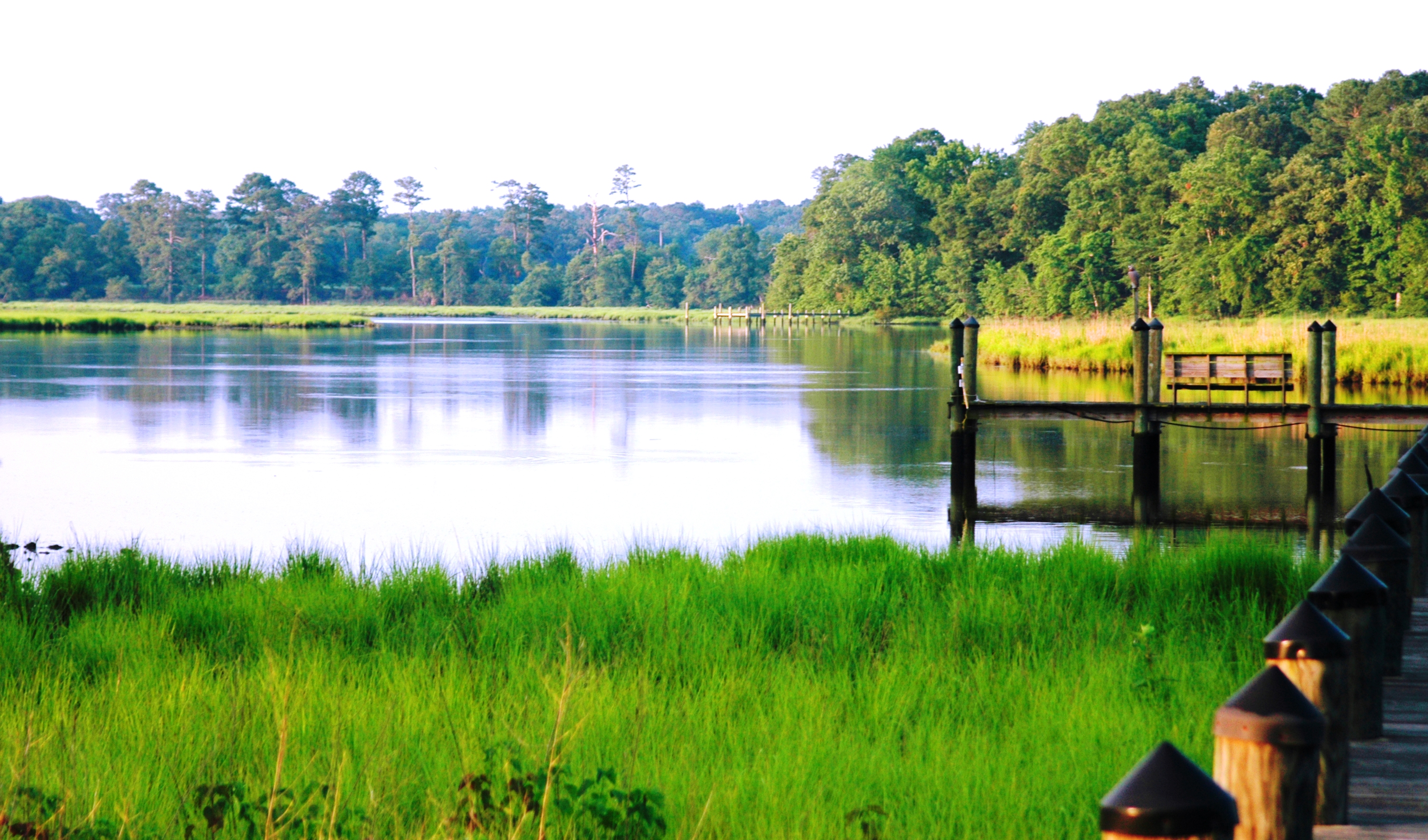 Despite the historic importance of the Nanticoke River watershed and the adjacent Fishing Bay watershed for Native Americans and European settlers, the area remains largely undeveloped. It is this rural landscape and the unique cultural heritage of the area as an agricultural community that has enabled the region to remain as biologically diverse as it is. Using the river as your highway, you can explore all of the natural habitats and current land (and water) uses that the watershed has to offer.

The statistics included below comprise both the Nanticoke River and Fishing Bay watersheds.

Developed Land – Developed land represents 7% of the total land use in the watershed. Commercial and industrial development is centered in the towns of Seaford, Bridgeville, and Laurel, DE, and Federalsburg, Sharptown, and Vienna, MD. These watersheds have maintained their rural character, as well as the vitality of their small towns, due to the low population density and the centering of growth around existing infrastructure.

Agriculture – Representing 41% of the total land use in the watershed, agriculture is a major aspect of the area’s economy and cultural heritage. Agricultural lands provide important habitat to birds and other wildlife. While these lands are often cited as impacting nitrogen and phosphorus levels in local waterways, they do have the capacity to prevent runoff of nitrogen and other pollutants, especially when Best Management Practices (BMPs), such as cover crops, are applied to the fields.

Forests – The Nanticoke watershed is home to some of the largest contiguous tracts of forest remaining on the Delmarva Peninsula. Many of these lands are currently owned by state agencies, nonprofits, and private groups. This has the unfortunate side effect of putting increased pressure on private owners of large tracts of forested lands, as real estate developers and other industries look for lands they can purchase for development. The Nanticoke River watershed is home to four different types of forests: deciduous forests, evergreen forests, mixed forests (containing significant amounts of both hardwood and evergreen species), and forested wetlands.

Wetlands – Together, the Nanticoke River and Fishing Bay watersheds contain approximately 80,000 acres of wetlands. These extensive wetlands are important resources for both humans and the natural environment. In addition to mitigating floods, filtering nutrients and sediments from the water column, and stabilizing shorelines, wetlands are an important habitat for many species of fish and wildlife, including many rare and endangered species. They are also critical to waterfowl for breeding, staging, and resting habitats during spring and fall migrations.

Ecologically Significant Areas – Ecologically Significant Areas are areas that contain habitats of rare, threatened, and endangered plants and animals, as well as rare natural communities. The land surrounding Fishing Bay contains many of these areas. They can also be found around Marshyhope Creek and some of its tributaries. To view a map of these areas, visit the Nanticoke Watershed Alliance’s Important Wildlife Habitat webpage.

Migratory Fish Spawning Runs – The Nanticoke River is an important spawning habitat for many species, including striped bass, American shad, and river herring (alewife and blueback herring). While these locations vary from year to year, fish typically spawn above the saltwater/freshwater interface.

Recreational Fishing – The Nanticoke River is a very popular destination for recreational fishing of many species, such as white and yellow perch, pickerel, catfish, largemouth bass, bluefish, sea trout, blue crab, and rockfish (striped bass). Because the river crosses through both Delaware and Maryland, fishing is governed by different regulations, depending upon where you are along the river. Maryland’s fishing regulations can be found on DNR’s Maryland Fishing Regulations website. Information regarding fishing in Delaware can be found on the DE Division of Fish and Wildlife’s General Fishing Requirements webpage.

Parks and Preserves – These areas offer public access to natural areas while simultaneously allowing the preservation of the habitats they contain. The Nanticoke River watershed contains the following parks and preserves:

Submerged Aquatic Vegetation (SAV) beds – Historically, the lower Nanticoke River was home to well-established SAV beds. Since the 1970s, however, these areas have been in a steady decline. This is problematic for the ecosystem because SAV, considered to be an indicator species for water quality, provides important habitat for many aquatic species. This habitat type is now absent from much of its historic range throughout the lower Nanticoke River.