The Nanticoke River is the longest Chesapeake Bay tributary on the lower Delmarva Peninsula, meandering gently through marshland, forests, and farmland on its 64 mile journey from southern Kent County in Delaware to Tangier Sound in Maryland.

Its watershed encompasses approximately 725,000 acres, including over 50,000 acres of tidal wetlands, which represent about one-third of all the tidal wetlands in the State of Maryland. The watershed is also the most biologically diverse watershed on the Delmarva Peninsula and is home to the highest concentration of bald eagles in the northeastern United States. Navigable for barges up to Seaford, Delaware, the river has played an important role in commerce and trade throughout its history, providing a critical water route for early Native American tribes, and later for European settlers.

The Nanticoke River offers excellent opportunities for paddlers to explore its history and beauty and to catch a glimpse of the wildlife that call it home. From the various access points, you can easily make your way to museums, wildlife management areas, stores and restaurants. Please browse this site to find out more about paddling the Nanticoke River. 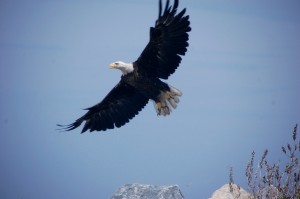 Wildlife on the Nanticoke River

The diversity of forests, fields and shallow marshes, provides suitable habitat for a number of rare, threatened or endangered plant and animal species. The Nanticoke River Watershed harbors more rare plants than any other landscape on the Delmarva Peninsula.

Local Environments – Habitats and Land Use 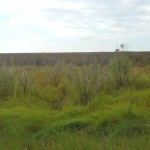 Despite the historic importance of the Nanticoke watershed, and the adjacent Fishing Bay watershed, for Native Americans and European settlers, the area remains largely undeveloped. It is this rural landscape and the cultural heritage of the area as an agricultural community that has enabled the river to remain as clean and healthy as it is. Using the river as your highway, you can explore the natural habitats and current land uses of the watershed. In many places, the landscape provides a glimpse into how things may have looked to Capt. John Smith as he explored the region during the early 17th century.

Captain John Smith conducted two major voyages around the Chesapeake Bay during the summers of 1607 and 1608, both starting from Jamestown, Virginia. On his first voyage he traveled north along the Eastern Shore, exploring the mouth of the Pocomoke River and then traveling some distance up the Nanticoke River.

The Nanticoke watershed is home to many small towns. Explore the history of some of them here, or hop over to the Along the Trail section to learn about various amenities and points of interest located throughout the watershed.